Why academia and industry need to talk to each other more

Many innovations occur at the boundaries between different disciplines, says Ernst C. Wit, data scientist funded by the SNSF. 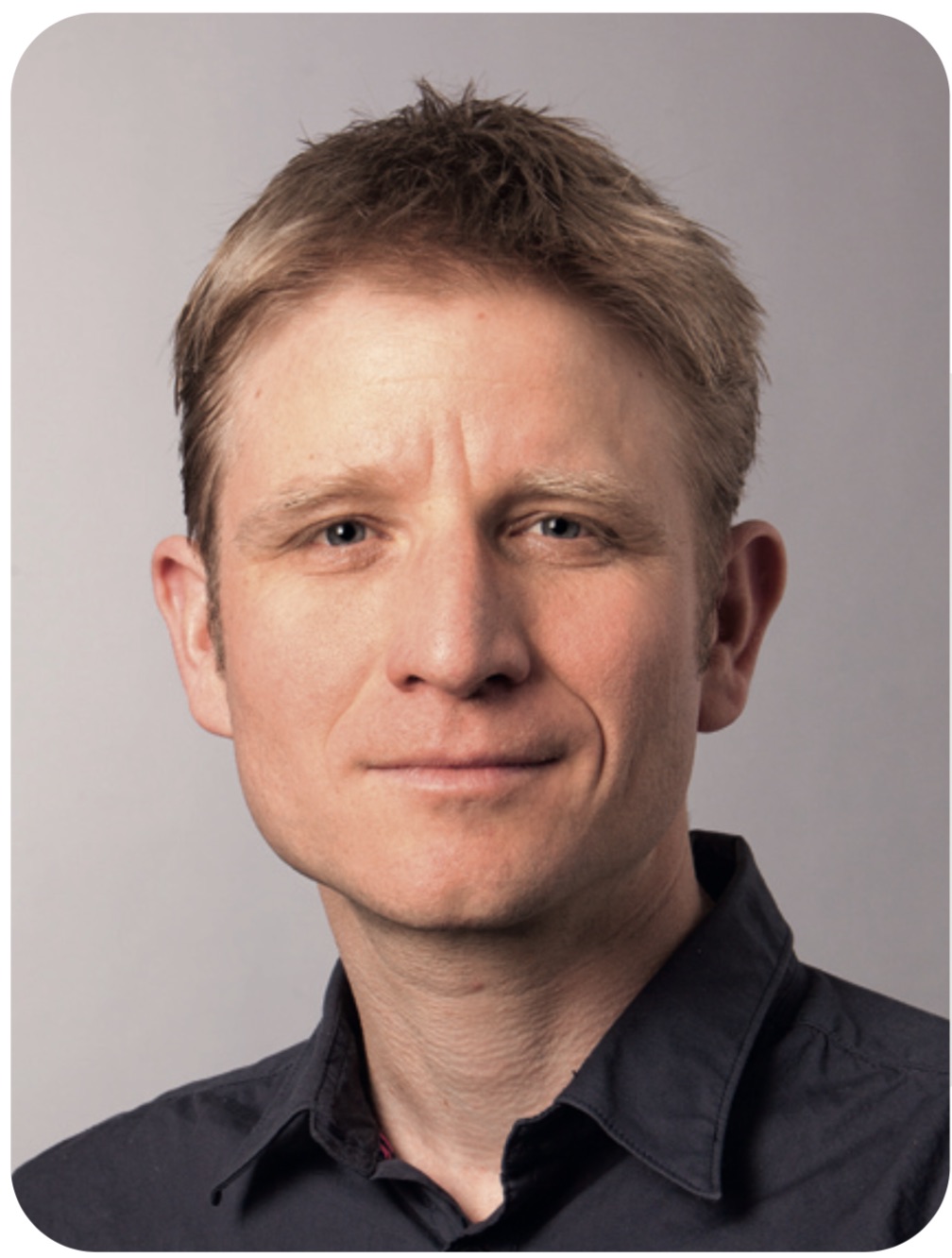 The more patents are filed and the more startups are founded, the happier politicians usually are. But do these measures really reflect a sustainable impact? Is Switzerland really the most innovative country in the world, as the Global Innovation Index has told us for the past eleven years? We asked data scientist Ernst. C. Wit how we should interpret patent data to improve our understanding of what the figures mean and how we can quantify the benefits to society that innovation brings. 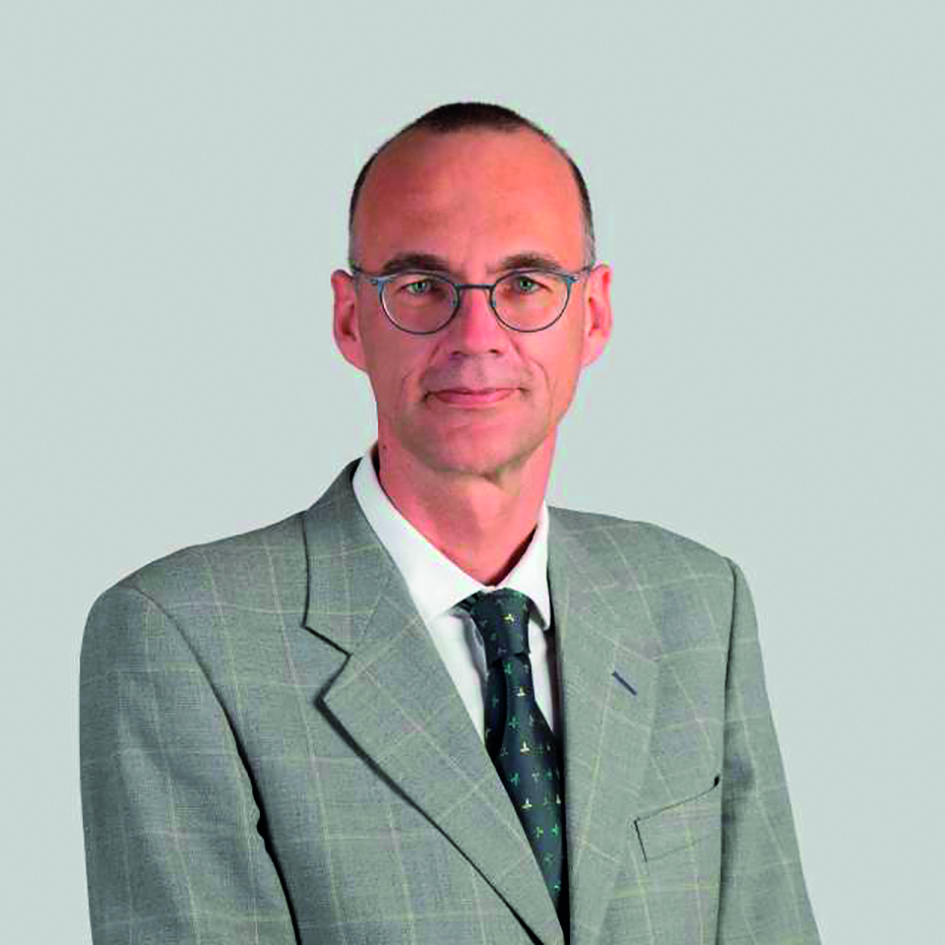 Ernst C. Wit is professor of statistics and data science at the Università della Svizzera italiana in Lugano and director of the Institute of Computing. He first did a PhD in philosophy, looking at moral reasoning in situations where uncertainty is inherent, and then gained a second doctorate in statistics. He has always found ways to apply his knowledge to the fields of biotechnology and medicine. In a project funded by the SNSF, he is currently analyzing patent citation networks (see box “Analyzing Patent Databases”).

FF: I always thought that innovation means bringing an idea into the market but you seem to see it in broader terms.

ECW: Your definition of bringing an idea to the market is one element of a larger chain of events that constitutes innovation. At the core of an innovation is one or a small set of interconnected inventions. On top of that, there needs to be a larger group of applications of those core inventions that spur many types of products to the market. For all this to be real innovation, these products should have a significant value for society.

FF: Can you give an example?

ECW: Take the introduction of the personal computer. At first it was just a toy for hobbyists but it became an innovation when it was integrated into society. Lots of novelties are not innovations. For example, electric cars in the 1990s did not really have an impact at that time and they resulted in financial losses for the manufacturers. No one would have called them innovations then. Only recently, when they started to add value, have they become real innovations.

FF: So, inventions only become innovations with hindsight?

ECW: Yes, the definition is post hoc. Although we refer to the original invention as an innovation, the relationship with the subsequent applications and the value created is important.

FF: So, an innovation is not the same as a patent?

ECW: No, a patent just defines a new idea or approach. There are many novelties without innovation but patents – in particular patent citations – can be used as a proxy for measuring innovation. If numerous product patents cite the same core invention patent, then this was a crucial innovation.

Patents can be used as a proxy for measuring innovation

FF: Are there other ways to measure the value of an innovation?

ECW: Value is by definition subjective. A significant impact on society means that the products have a large market share - they are money makers. The contribution to the gross domestic product or GDP of a country is the normal way to measure innovation. In the fields of biomedicine, pharma or medtech things are a bit different. There the impact can be determined by how many quality-adjusted-life-years or QALYs are gained by it. Of course, these industries have a way to transform that number into a monetary value.

FF: What is necessary for a society to create value?

ECW: There are a number of conditions. History tells us that you need prosperous countries with stable conditions. You also require infrastructure, such as production facilities and a well-educated general population.

FF: Does this mean that wealthy and educated societies are automatically innovative?

ECW: It is not enough on its own - the audience also needs to be receptive to the new products. If whatever you can come up with doesn’t sell, it will not become an innovation. There are various ways that an audience can be receptive. It could be a matter of slow evolution, such as the appearance of veganism that requires a shift from animal to plant-based proteins. However, it is possible that a crisis creates a need and makes society ready for certain products. Take, for example, the COVID-19 pandemic - suddenly the mRNA vaccines that had been developed very slowly over many years got a massive boost. Climate change is another emergency that will no doubt spur innovation.

If, whatever you can come up with, does not sell, it will not become an innovation

FF: Is there not a contradiction between the crises and stable societies?

ECW: World War II is a good example. During the war years Germany did not do well in terms of innovation power. In contrast, the USA had a very stable environment on the home front, which allowed the development of innovations without bombs falling all around.

FF: Are there other important factors?

ECW: Although not exclusively, a lot of innovations occur on the boundaries of different fields. Because of this finding, interdisciplinary collaboration has been stressed more in science and science funding in recent years.

A lot of innovations occur on the boundaries of different fields

ECW: Yes, the final factor is money, which of course plays an important role. It allows governments and hedge funds to focus on strategic scenarios. But because innovation is uncertain, putting all your eggs in one basket is very risky. In fact, governments cannot and should not fund every innovation. Instead, they should focus their stimulus packages on precompetitive activities, where other funds are lacking.

FF: I guess stability, infrastructure and money are strengths of Switzerland. Are there other particular advantages in our country?

ECW: Switzerland operates the remarkable Innosuisse program to promote science-based innovation in Swiss industry and society. Switzerland is one of the few countries that have made it a structural ongoing feature. This is more durable, less ad hoc and allows for more strategic choices. Low threshold programs such as BRIDGE and networking events, as well as larger strategic science and industry competence centers are also promising ways to tap into science for innovative transformations, as various impact studies are suggesting. However, it is still too early to detect a signal in patent citations.

FF: How important are private investments?

ECW: Venture capital is one way for a country to manage risk. Innovation involves uncertainty - in biotechnology for example you need to forecast what people will want or need in 20 years’ time and so investors have to take a large risk. Government can provide part of the investment but it's not its natural role and by favoring one idea over another, it may face possible conflicts of interest. Venture capital simply chooses the innovations they like, so there’s less political fallout if things fail.

FF: Where would you predict the next innovation to happen in biotech?

ECW: One area is related to the microbiome, which is not just about yoghurts! I suspect that new products based on microbiome technology will appear. It not only affects medicine but is also important in agriculture and the environment. However, there still needs to be a broad impact discovery in that field for it to become an innovation.

I suspect, new products based on microbiome technology will appear

FF: How important is basic research in biotech?

It’s very important. The development time of products ranges from 10 to 25 years. At the beginning of an innovation, there is always fundamental research. For example, you can trace a direct path from COVID-19 vaccines to basic research in universities in the 1970s and 1980s.

What needs to improve is the interaction between basic research and intermediate stages of product development. The translational stages are not streamlined. It comes down to the perennial problem of how to make scientists in academia and industry talk to each other. There are no formalized ways to to do this. Also, data need to be more available. Despite being an information-based society, we are poor at sharing data and this became more apparent during the pandemic. Hopefully it provided a wake-up call.

FF: Will industry and hospitals participate?

Clearly, the data they generate with private money belongs to the companies but if they want to make use of public data, they need to contribute and will have to come up with a compensation scheme. And as soon as hospitals see the advantages, they will be more willing to participate but especially the first ones may require incentives to do so. We need to get to the position where participation is the default position. It would suit Switzerland to take a leading role in achieving this transition.

Patents in themselves are not innovation but analysis of citation networks in patent databases allows one to determine whether something should be classed as innovation. In the project “The Dynamics of Innovation: latent space modelling of patent citations” funded by the SNSF, Ernst C. Wit together with his colleague Alessandro Lomi, his post-doc Federica Bianchi and his PhD student Eduardo Filippi-Mazzola, is analyzing data from various patent offices, such as the United States Patent and Trademark Office (USPTO). This amounts to 8 million patents over 45 years, resulting in 150 million citations in total. By looking at the citation network for example, it is possible to detect a burst of citation pointing to a small number of patents. This is indicative of emerging innovation and could act as an early detection system. Patents can also be analyzed in other ways. For example, their abstracts contain approximately 100 words and are clearly structured. By running a qualitative natural language analysis on them, the group has found that globally we may be in a phase of innovative concentration rather than expansion. The group also found that patents that are in multiple technology classes at the same time are more likely to be at the center of an innovation.