Neurimmune welcomes the news that Biogen plans regulatory filing for aducanumab in Alzheimer's disease based on a new analysis of a larger data set from Phase 3 studies. Neurimmune discovered aducanumab together with a team of researchers at the University of Zurich. In 2007 Neurimmune and Biogen entered into a collaborative development and license agreement for aducanumab's development and commercialization.

"Today's news marks a substantial advancement in neuroscience. This is long-awaited progress in finding a treatment for Alzheimer's disease," said Roger Nitsch, CEO and President of Neurimmune. "For decades, patients, families and caregivers have been hoping for a scientific breakthrough leading to clinical benefit."

For the first time, large late-stage clinical study results showed that removal of amyloid in the brain can translate into clinically meaningful effects on both cognition and function in patients with Alzheimer's disease. Aducanumab - the antibody mediating amyloid removal - was among the first human antibodies Neurimmune developed through its Reverse Translational Medicine platform. This technology translates antibody-encoding genetic information obtained from human white blood cells into therapeutic antibodies.

"This continues to be a fascinating journey, from a small team of passionate scientists experimenting in the university lab, to prototyping by a startup biotech company, to creating a world-wide multidisciplinary collaboration of thousands of dedicated researchers, antibody manufacturing experts, clinical investigators and study nurses," said Roger Nitsch. "Today, we are moving a meaningful step closer toward our joint goal of delivering a treatment for Alzheimer's disease."

Neurimmune's team of scientists and clinical experts is committed to delivering innovative therapies by focusing on science-driven discoveries and early clinical development of new drug candidates. The company's entrepreneurial business model permits a high degree of independent decision making. It relies on strategic collaborations with selected industry partners for late-stage clinical development and commercialization, with those collaborations providing independent financing to fund Neurimmune's business operations and research and development engine. 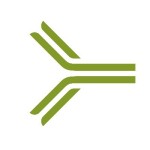