Addex to receive additional funding from Indivior for addiction program

Therapeutics (SIX: ADXN), a leading allosteric modulation-based drug discovery and development company, today announced that Indivior PLC (LON: INDV) will provide Addex with an additional USD 800,000 in 2019 to accelerate research progess in their collaboration to develop further oral gamma-aminobutyric acid subtype B (GABAB) positive allosteric modulator (PAM) compounds for the treatment of addiction. Under the terms of the original agreement signed with Indivior in January 2018, Addex received a USD 5 million upfront and a minimum of USD 2 million per year of research funding for 2 years. Activation of the GABAB pathway is clinically and commercially validated but to date treatment is limited due to side effects. Targeting GABAB with PAMs could produce less adverse effects and lead to less tolerance compared to direct agonists.

Addex has made significant progress in the development of a series of novel GABAB PAMs for the treatment of addiction. The program is currently in late lead optimization and aims to deliver drug candidates by the end of 2020. In parallel, Addex is developing a separate GABAB PAM for the treatment of Charcot-Marie-Tooth type 1a (CMT1A) neuropathy, a rare inherited disorder that affects the periphery nerves.

“This additional investment by Indivior into the GABAB PAM addiction program reflects the significant progress we have made and provides additional support as we advance towards selecting drug candidates,” said Tim Dyer CEO of Addex. “This partnership illustrates well the power of our allosteric modulator discovery platform which has, in a very short period of time, been able to produce multiple potential drug candidate that are now being optimized for clinical evaluation.”

About GABAB Activation with PAM
Activation of gamma-aminobutyric acid subtype B (GABAB) receptor, a Family C class of GPCR, is clinically & commercially validated. The generic GABAB receptor agonist, baclofen, is marketed for spasticity and some spinal cord injuries, and used for overactive bladder (OAB), but it is not commonly used due to a variety of side effects of the drug and rapid clearance. Potent, selective oral positive allosteric modulators (PAM) that potentiate GABA responses at the GABAB receptor, rather than an orthosteric agonist at the GABAB receptor like baclofen, only act when the natural ligand (GABA) activates the receptor, therefore respecting the physiological cycle of activation. It has been proposed that PAMs produce less adverse effects and could lead to less tolerance than direct agonists (May and Christopoulos 2003; Langmead and Christopoulos 2006; Perdona et al. 2011; Urwyler 2011; Gjoni et al., 2008; Ahnaou et al). 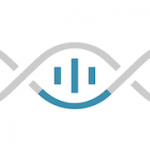