Pharvaris: Clinical data of oral drug for the treatment of Hereditary angioedema

Pharvaris, a clinical-stage company focused on the discovery and development of novel oral bradykinin-B2-receptor antagonists for the treatment of hereditary angioedema (HAE) and other bradykinin-B2-receptor-mediated indications, announced the presentation of two posters at the virtual American College of Asthma, Allergy and Immunology (ACAAI) Annual Scientific Meeting. The data in both posters present the pharmacokinetic (PK), pharmacodynamic (PD), and safety profiles of PHA121 in healthy volunteers. Pharvaris expects to advance PHVS416 (PHA121 in soft capsules) to provide a rapid and convenient on-demand HAE treatment using a small oral dosage form.

The first poster, titled “Bradykinin Challenge Provides Surrogate Endpoints For Hereditary Angioedema Treatment Using Bradykinin-B2-Receptor Antagonists,” and its associated prerecorded session can be found online. The effect of PHA121 on cardiovascular changes induced by bradykinin (BK) was evaluated in a proof-of-concept study in healthy volunteers. Two doses (12 and 22 mg) of PHA121 were administered orally to 16 healthy volunteers, followed by bradykinin challenges to induce brief hemodynamic responses. The PHA121-mediated dampening of these BK-induced hemodynamic responses was evaluated using a non-linear mixed-effect PK/PD model. The effective treatment duration from both doses of PHA121 exceeds the published duration of subcutaneous icatibant (30 mg), with the duration of 22 mg PHA121 approximately twice as long as icatibant. The plasma concentration producing 50% of the maximum effect of the study drug (EC50) was found to be approximately four-fold more potent than that observed for icatibant in published data.

“When we scale the observed clinical potencies in this human bradykinin challenge by the molecular weight and plasma protein binding for PHA121 and icatibant, we find that PHA121 is 24-fold more potent than icatibant on a molar basis (IC50 of 170 pM versus 4.1 nM, respectively), consistent with our preclinical in vitro and ex vivo measurements,” observed Jochen Knolle, Ph.D., chief scientific officer and co-founder of Pharvaris. “This agreement between clinical and preclinical studies gives us confidence in the models and approach that Pharvaris has used in developing PHA121.”

Hartmut Derendorf, Ph.D., distinguished professor emeritus of pharmaceutics at the University of Florida College of Pharmacy and lead author on the poster, said, “These data show that the BK-challenge test, which was used intensively in the dose-finding of icatibant, allows an estimation of the therapeutically relevant target concentrations of PHA121. Icatibant has good efficacy; however, for some attacks, the effect dissipates after six hours. The investigated doses of PHA121 provide equivalent BK-antagonism for a longer time than the currently approved dose of icatibant, which is therapeutically relevant given the previous use of the BK challenge to predict therapeutic outcome.”

The second poster, titled “PHA-022121, a Selective Bradykinin-B2-Receptor Antagonist, Is Safe and Shows Rapid Oral Bioavailability in Humans,” and its associated prerecorded session can be found online. PHA121 was administered as an oral solution in a double-blind placebo-controlled single-ascending-dose first-in-human study in healthy volunteers. Both PK parameters and safety were assessed until 72 hours post-dosing. PHA121 was very rapidly absorbed and reached peak plasma levels within 30 to 60 minutes after dosing in all subjects under fasted conditions. The systemic exposure was dose proportional with a mean t1/2 ranging from 3.5 to 5.6 hours between doses. Plasma levels for PHA121 reached therapeutic efficacious threshold concentration (estimated EC50 2.4 ng/mL and EC85 13.8 ng/mL) within 15 minutes, with or without food, and were maintained for approximately 12 hours with doses of 12 and 22 mg. All doses tested in this study were well tolerated. The total incidence and pattern of adverse events (AEs) was similar between active and placebo groups. In total, 17 AEs were reported by 12 out of 52 subjects (23%) on study drug versus 7 AEs in 5 out of 16 (31%) placebo-treated subjects. No serious or severe adverse events occurred. All related adverse events were of mild intensity and resolved rapidly. No clinically significant changes in safety laboratory parameters, vital signs, and electrocardiogram (ECG) parameters were observed.

“PHA121 is an oral bradykinin-B2-receptor antagonist that is rapidly absorbed with dose-proportional pharmacokinetics, and has been well tolerated in studies to date,” said Peng Lu, M.D., Ph.D., chief medical officer of Pharvaris and lead author on the poster. “The PK/PD profile suggests that rapid onset of action and prolonged efficacy with a single dose of PHA121 can be expected in the treatment of acute HAE attacks. Pharvaris is preparing to initiate an on-demand study of PHVS416, a soft capsule formulation of PHA121, for the treatment of HAE attacks in 2021.”

The posters sessions also can be found on the Pharvaris website in the News and Publications section.

About PHVS416
PHVS416 is a soft capsule formulation containing PHA-022121, a highly potent, specific, and orally bioavailable competitive antagonist of the bradykinin B2 receptor. Pharvaris is developing this formulation to provide rapid exposure of attack-mediating medicine in a convenient, small oral dosage form.

About PHA121
PHA121 (PHA-022121) is a highly potent, specific, and orally bioavailable competitive antagonist of the bradykinin B2 receptor currently in Phase 1 clinical development for the treatment of HAE. PHA121 utilizes the same mechanism as icatibant, the leading therapy for on-demand treatment of HAE. Pharvaris is developing this novel small molecule for on-demand and prophylactic treatment of HAE and other bradykinin-mediated disease through formulations optimized for each setting. Data from a recently completed single-ascending-dose Phase 1 study in healthy volunteers, as well as in vitro and ex vivo models, demonstrate rapid exposure and predictable linear pharmacokinetics. In these models, PHA121 is consistently more potent than icatibant. PHA121 has shown to be a potent antagonist of the human bradykinin B2 receptor and has been observed to be well-tolerated at all clinical doses studied to date.

About HAE
Hereditary angioedema is a rare and potentially life-threatening genetic condition with symptoms that include episodes of debilitating and often painful swelling in the hands, feet, face (lips and tongue), gastrointestinal tract, urogenital region or airways. Attacks are unpredictable in frequency, location, timing, and severity, with multiple types of triggers. According to scientific publications, patients experience a median of 14 attacks per year, and half of patients experience a potentially life-threatening airway attack at least once in their lifetime. Airway attacks are particularly dangerous and can lead to asphyxiation.  If left untreated, attacks can last multiple days and are commonly painful, leading to multiple sick days and even hospitalization. According to HAE International (HAEi), the global umbrella organization for the world’s HAE patient groups, HAE affects from 1:50,000 to 1:10,000 individuals globally, or at least 6,600 patients in the U.S. and at least 8,900 patients in the EU. 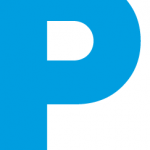 Newron Valuation Report "Down but not out!" update